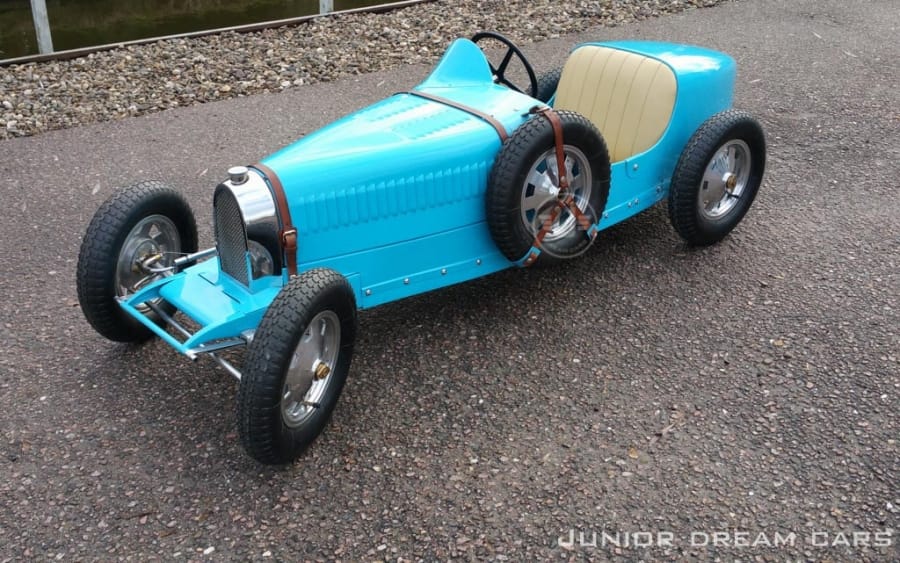 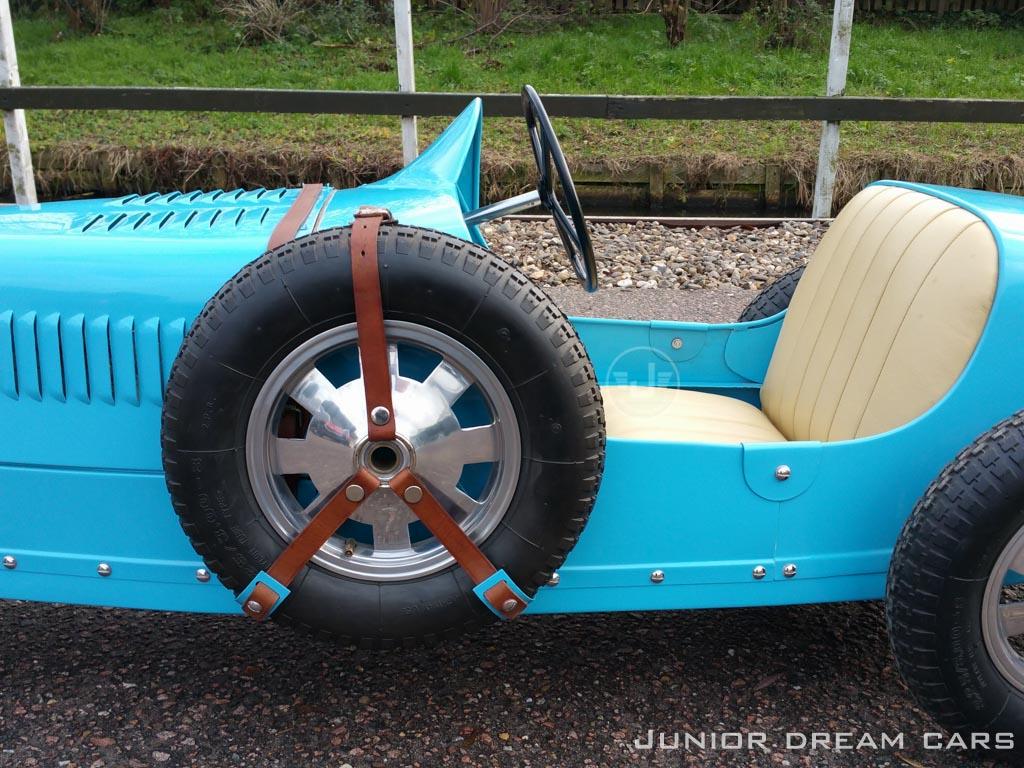 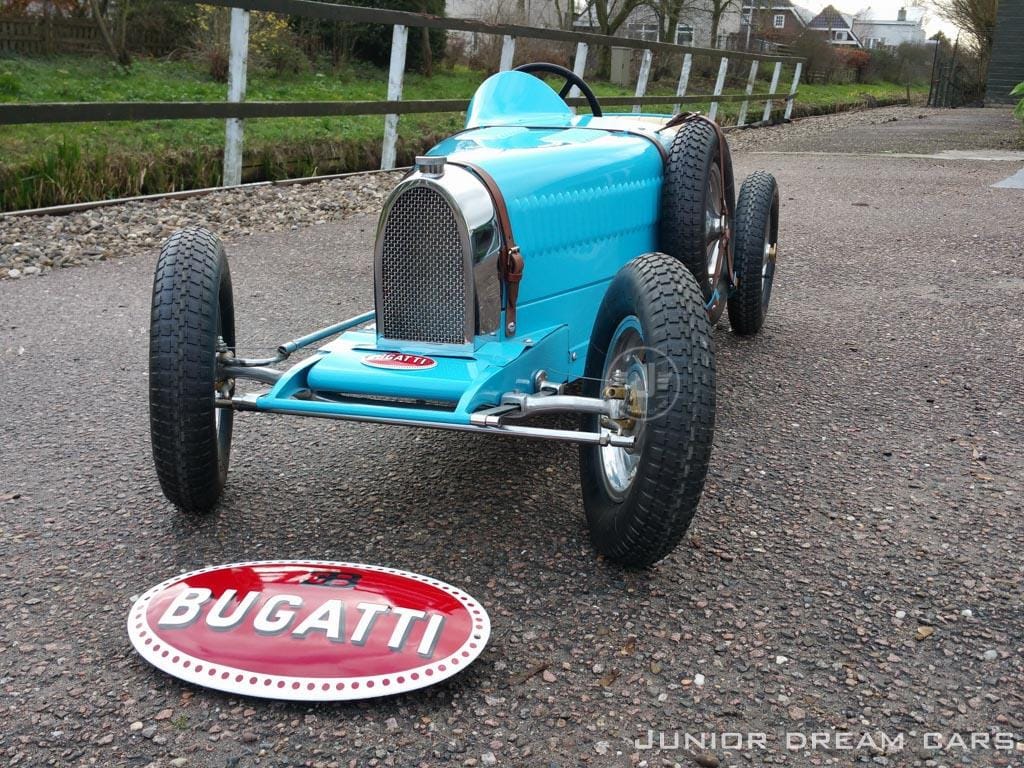 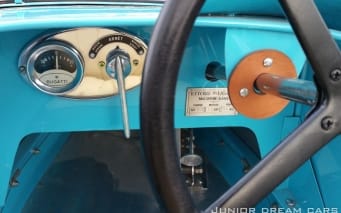 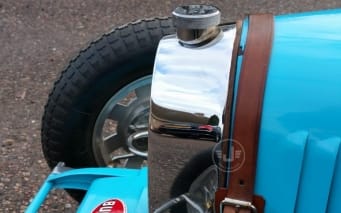 The original Baby Bugatti is from 1927. The electrically powered children’s cars were built especially for associates who had also purchased a full sized Bugatti, but then on a 1:2 scale.

Of the original Baby Bugatti, Molsheim has made approximately 500. Number 52 has never been sold and was purposefully reserved. That’s why people often talk about the Baby Bugatty B52.

Only few of the original Baby’s have survived over time. However, the exact amount is unknown.

The Baby Bugatti is powered by a 12 Volt electromotor.

According insiders, two versions of the Baby were made: the LWB and the SWB.

In all my years of collecting however, I’ve never come across this. Because of the fame of the original car and the junior car, many replicas have been made in the nineties that are very true to nature. 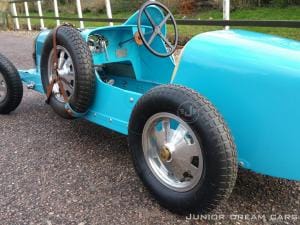 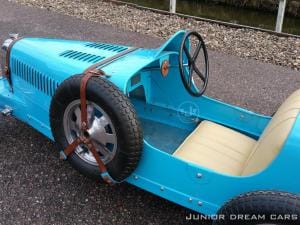 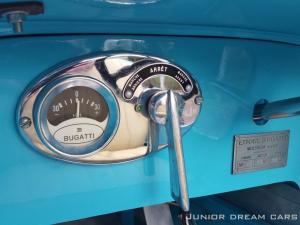 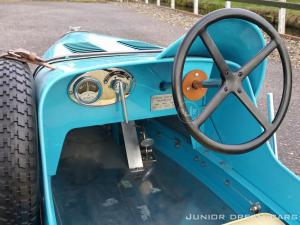 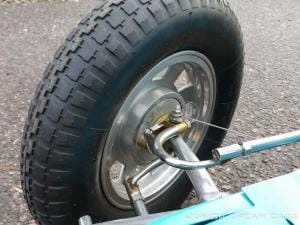 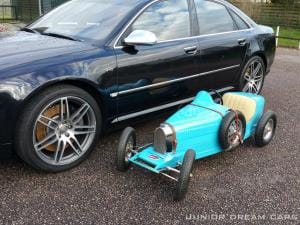 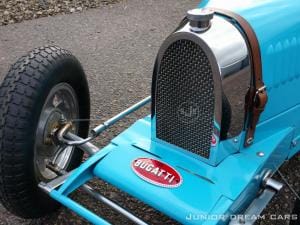 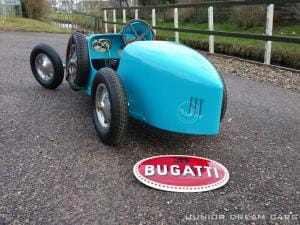 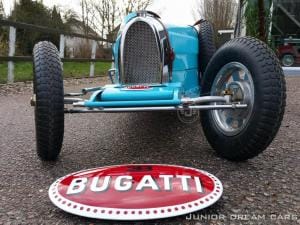 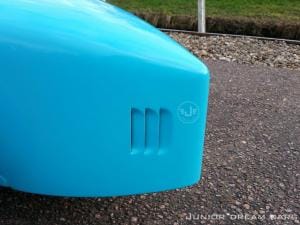