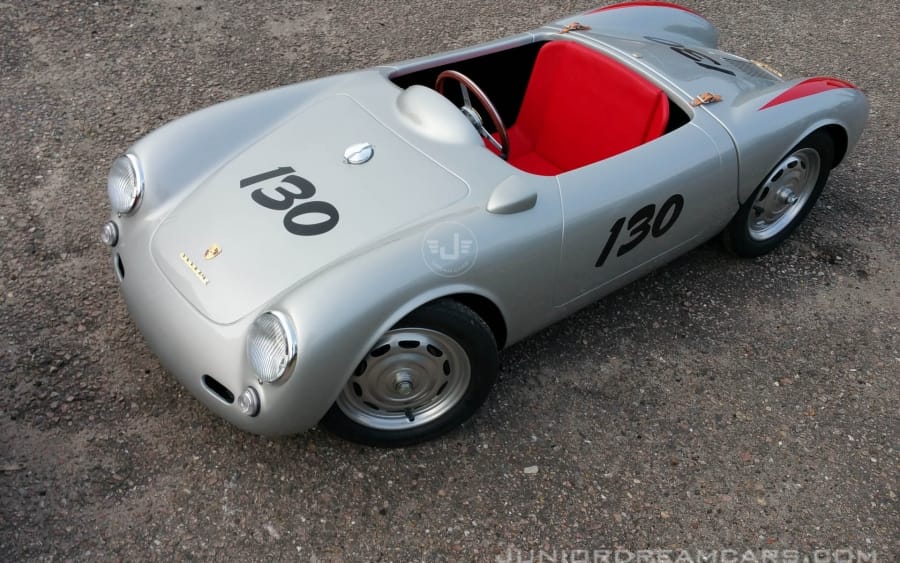 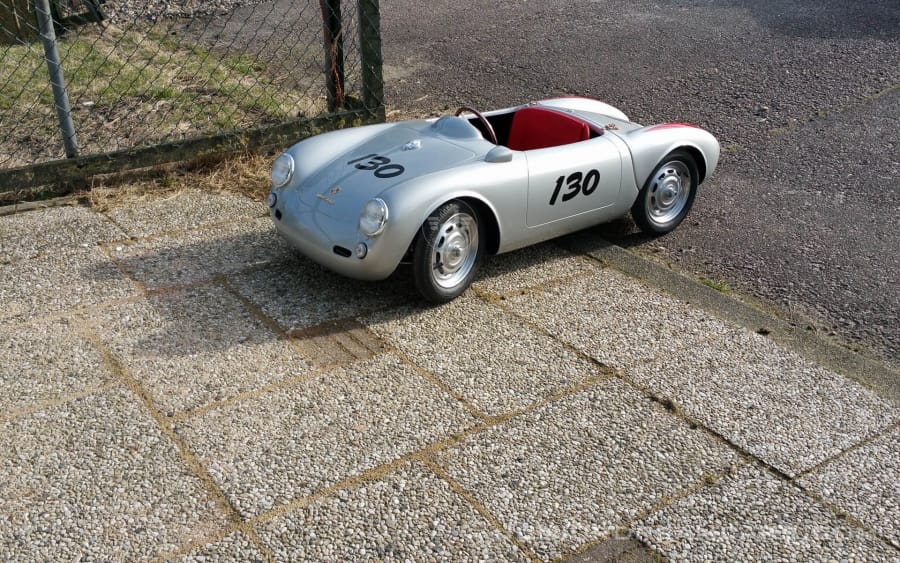 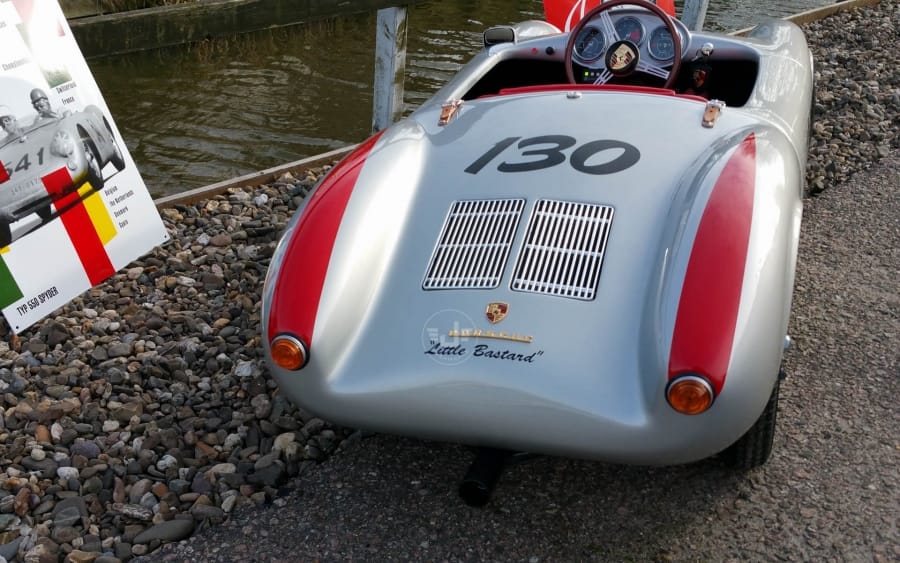 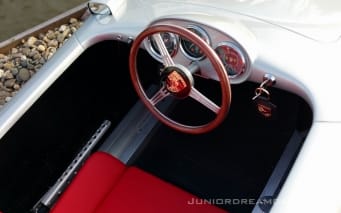 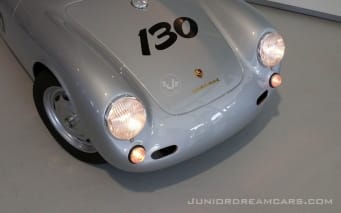 The Porsche Spyder 550, also known as 550 Spyder, is perhaps the most discussed (race)car in history. It’s Porche’s first racecar, which was in production until ca. 1956. In the end, only 90 of these cars were built. The car was equipped with a 4-cylinder engine, 1500CC with ca. 110 HP. The 550 Spyder is not just famous for its excellent performances but also for being a favorite of the famous Hollywood star James Dean, who eventually died when he crashed the car in 1955.

The pictured junior car with a 1:2.3 scale is powered by a 24V electromotor. The chassis is made of aluminum and steel, which make it surprisingly stiff. The children’s car is an exact copy of the original car.

The 24volt electromotor is controlled digitally by gearing. A 12volt battery powers the lights and the soundbox with a proper Porsche 550 sound. Only 108 Spyder 550 junior cars were made. Completely built by hand in a small workshop in Germany, every detail of the original car was perfectly recreated on the junior cars. The polyester body is well laminated and the spraying is excellent. These cars used to be tailor-made for the buyer in their desired color and style. The official Porsche license, which is from 2001, makes this children’s car a real collectors item. 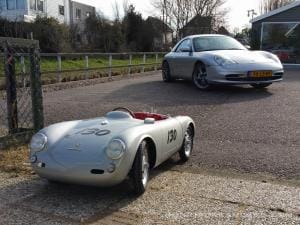 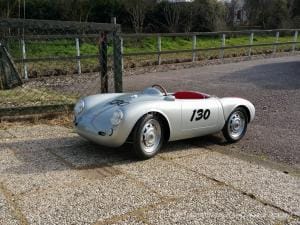 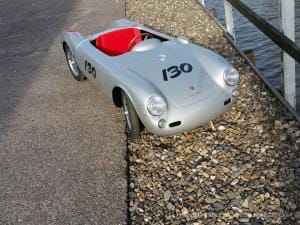 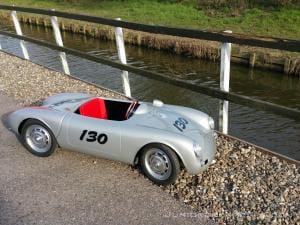 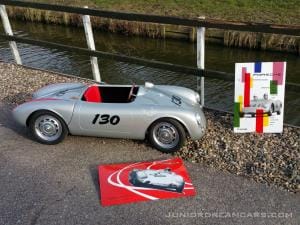 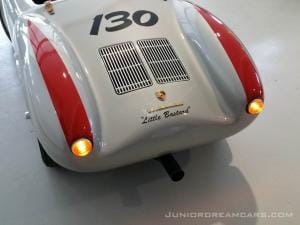 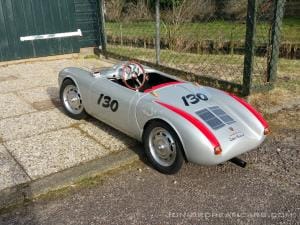 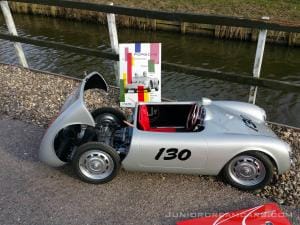 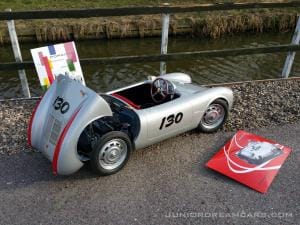 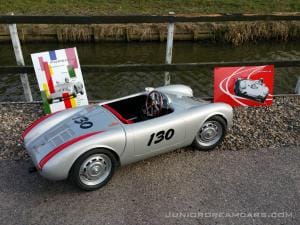 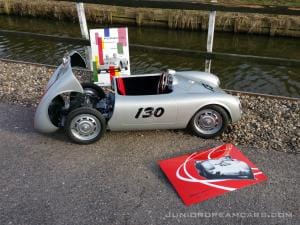 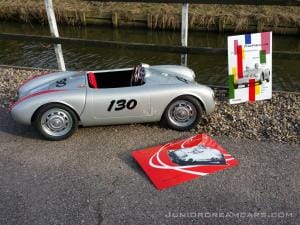 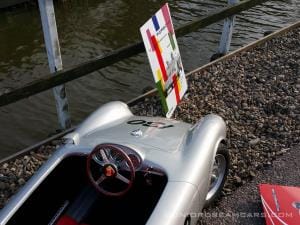 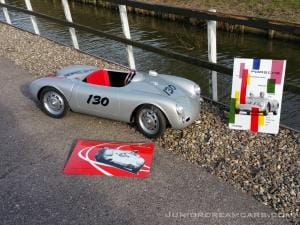