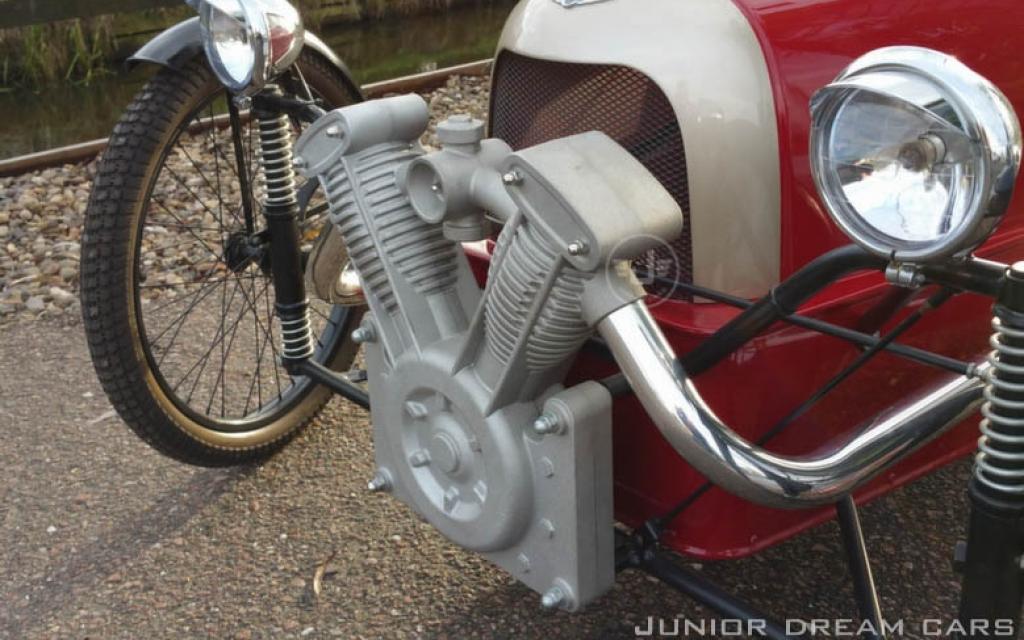 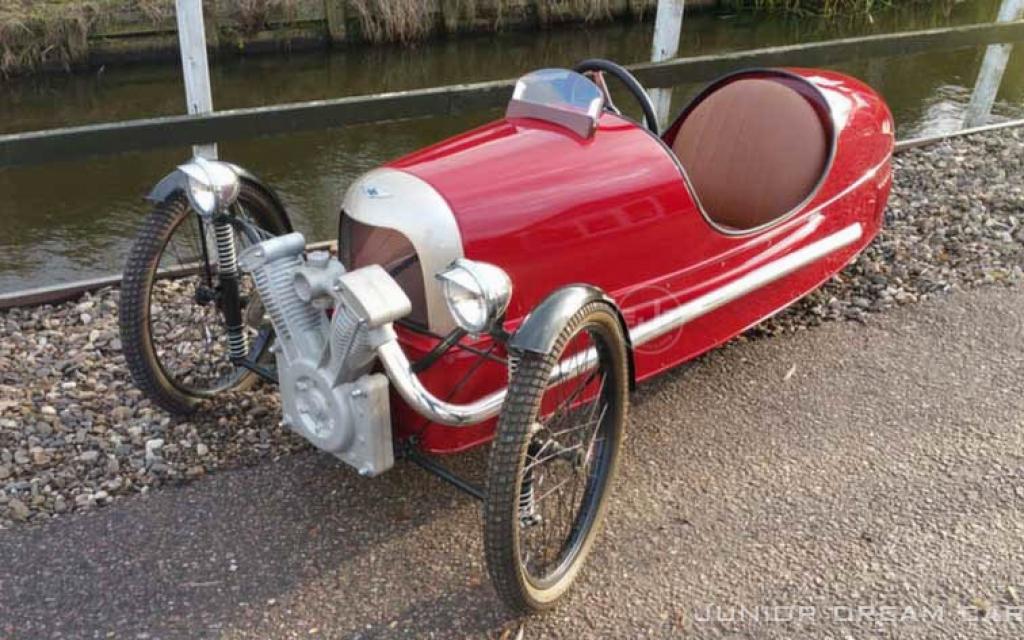 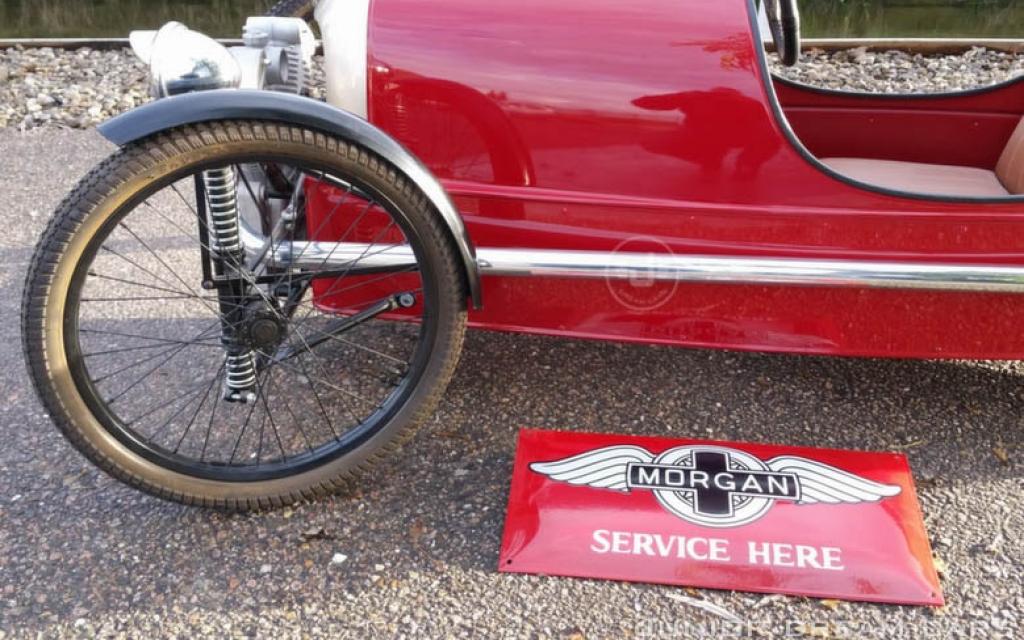 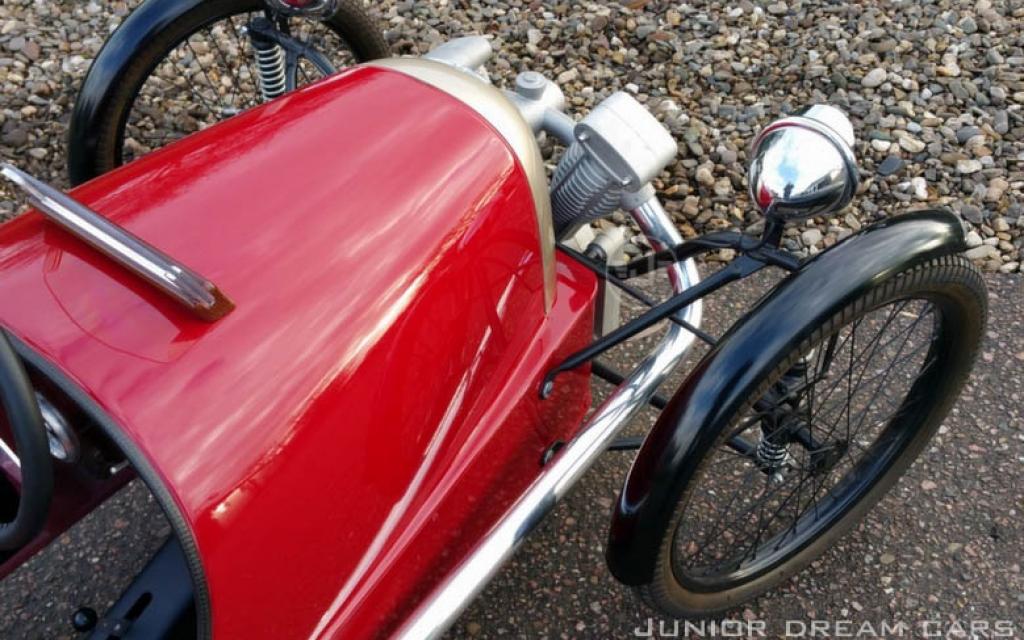 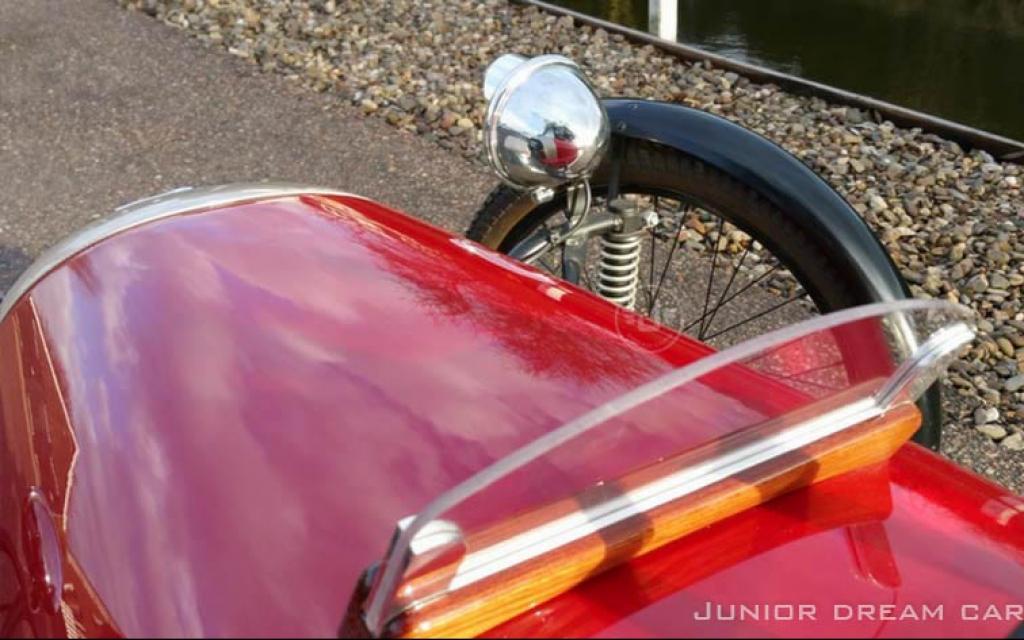 The Morgan Motor Company released the first tricycle car in 1909. To honor the Morgan tricycle a hundred years later, a limited edition of the tricycle was released in the shape of a 2/3 scaled pedal car. The plan was to release 150 limited edition cars. After a payment of £500, people were placed on a reservations list for the eventual production.

However, story goes that the production costs were underestimated so severely that they stopped producing after 150 cars. That’s why the Morgan Supersport pedal car has been a sought after collectible from the start.

The real classic car fan/collector will immediately see the truly traditional way of production that was applied to the Morgan tricycle.

The original brochure that was used to promote the sales in 2009 are in the appendix. In the past year I’ve only seen two of these for sale around the world.

Do you have one for sale? We would love for you to email us some photos. I would like to add one to my collection. 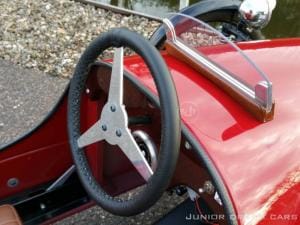 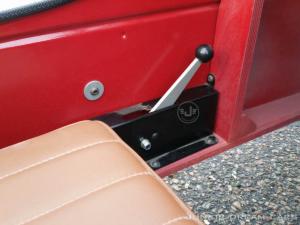 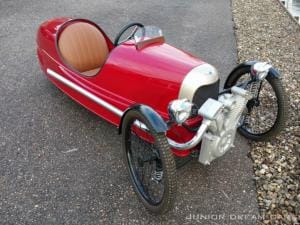 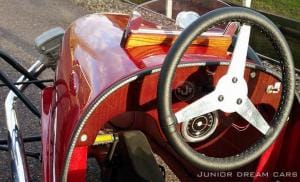 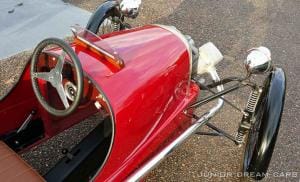 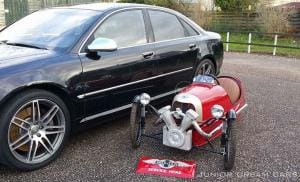